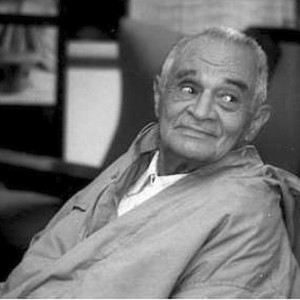 A self-taught designer, José Zanine Caldas is known to transform wood into magnificently sensual pieces. In 1964, when Brazil was undergoing a military coup, Zanine took refuge in the beach town of Nova Viçosa. Having lost his position at the University of Brasilia, he began carving solid furniture from local woods. Characterized by a greatly organic, sculptural quality, Zanine’s furniture takes full advantage of the cracks and natural curves of the wood. Amongst his chosen materials are native woods like pequi, acajou and vinhático. Pequi trees in particular abound in the vast shrublands that form a great part of Brazil’s Cerrados; they play an important part in Brazilian culture as a tree whose pulp can be used to flavor drinks and rice.

Since the 1950’s, Zanine Caldas has worked as a model maker for architects including Oscar Niemeyer, Oswaldo Arthur Bratke, Rino Levi and Henrique Mindlan. In 1989, he was honored with a comprehensive exhibition of architectural and design work held in the Museum of Decorative Arts at the Louvre Museum and the following year he was awarded the silver medal from the French Academy of Architecture. 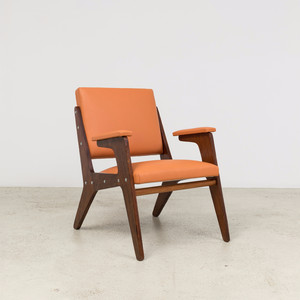