Rodrigo Ohtake was born in 1984 and graduated as an Architect and Urbanist from FAU/USP (University of São Paulo) in 2009 with a study period at Politecnico di Milano. He has collaborated with architects Mario Biselli, Alvaro Puntoni, and French designer Patrick Jouin. He also worked from 2008-2016 with his father, architect Ruy Ohtake.

He started working in his own private projects in 2005 which later led him to open Rodrigo Ohtake Arquitetura e Design in 2011.

Aside from his works at the studios, he also worked as an assistant curator for André Corrêa do Lago’s Brazilian pavilion at the 14th Venice Biennale – Architecture, in 2014.

He has been creating furniture to complement his architecture projects since the beginning of his career. He started producing independent furniture design in 2015. 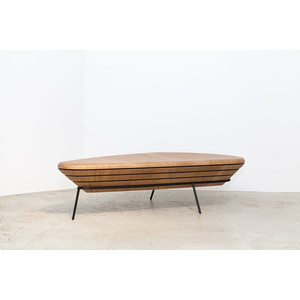