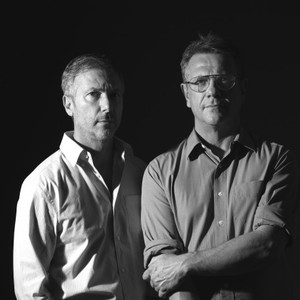 Quite possibly the most internationally influential and acclaimed Brazilian contemporary designers, the Campana Brothers (Humberto and Fernando Campana) have challenged the design world for the past 25 years with their conceptually innovative furniture. Since their first solo exhibition in 1989 at Nucleon Galery in São Paulo, where they presented their Desconfortável (uncomfortable) line – irons chairs that explored the ‘poetry of the uncomfortable’ – the Campana Brothers have continued to explore design as sculpture by utilizing unexpected materials to compose their work.

The Campana Brothers’ choice and play of materials reveal their whimsical approach, simultaneously conjuring humor, criticality and social awareness as seen in their seminal Favela armchair – each unique made from scraps of glued and nailed wood, evoking the DYI architecture of favelas, or in their playful Banquete chair series – comprised solely of stuffed animals on a metal frame. Disparate materials commingle and are often ready-made, repurposed or outsourced from sustainable/fair-trade productions, and are elevated into a fantastical realm of high end design while still retaining indexes of their origin and socio-cultural properties. The Campana Brothers’s oeuvre succeeds the feat of achieving function, art and social integrity while extrapolating on conventions of design, redefining how it may be realized and perceived.

The Campana Brothers have had solo exhibitions in renowned international venues, including the Musée des Arts Decoratifs, Paris, France; Vitra Design Museum, Weil am Rhein, Germany; the Victoria and Albert Museum, London, England; Tel Aviv Museum of Art, Tel Aviv, Isreal and the Museum of Modern Art, São Paulo, Brazil. They have also been awarded with the Special Prize at the Museu da Casa Brasileira (Brazilian House Museum) in 2001; Designer of the Year, by the Design Miami in 2008; Designer of the Year, Maison & Objet, Paris, France in 2012, and in 2013 were decorated by the esteemed Order of the Arts and Letters, Paris, France.